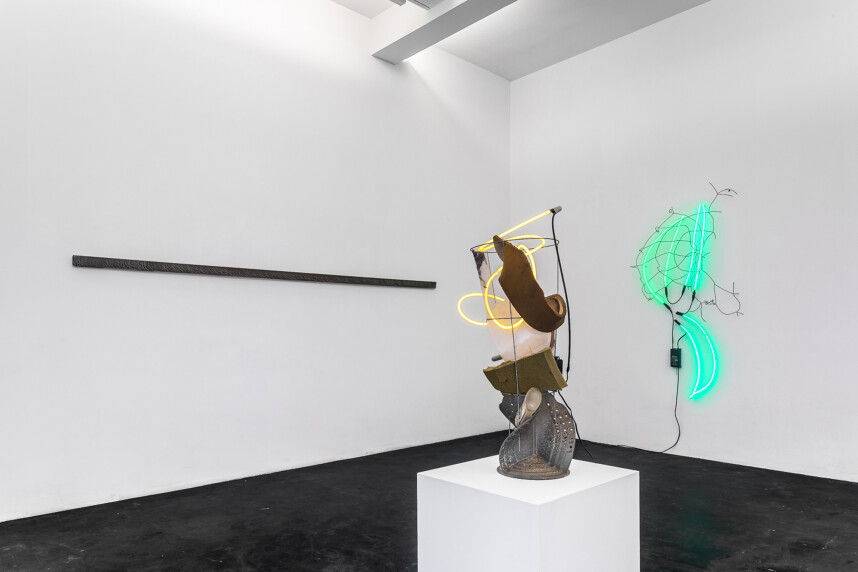 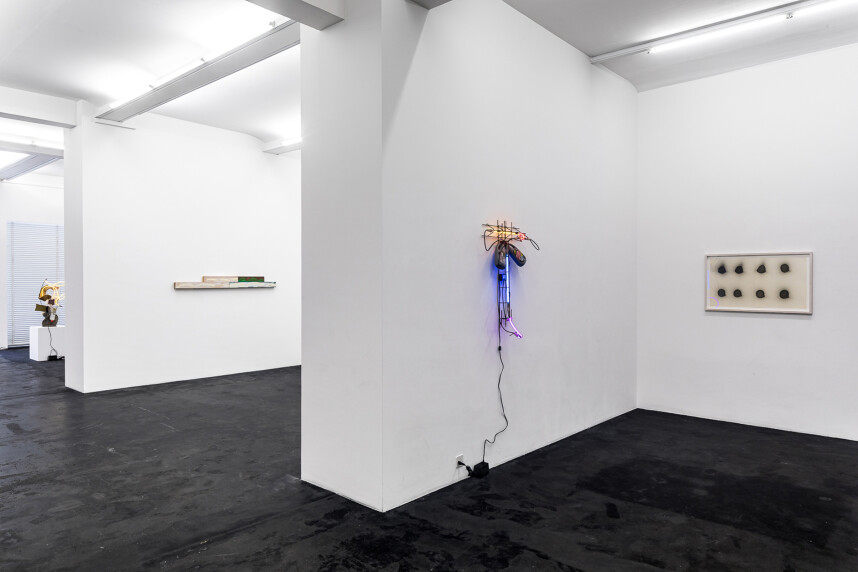 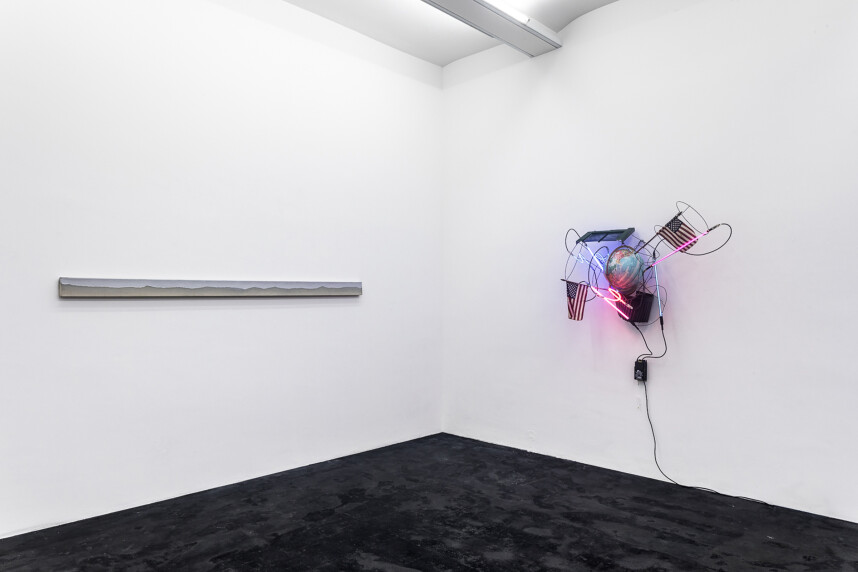 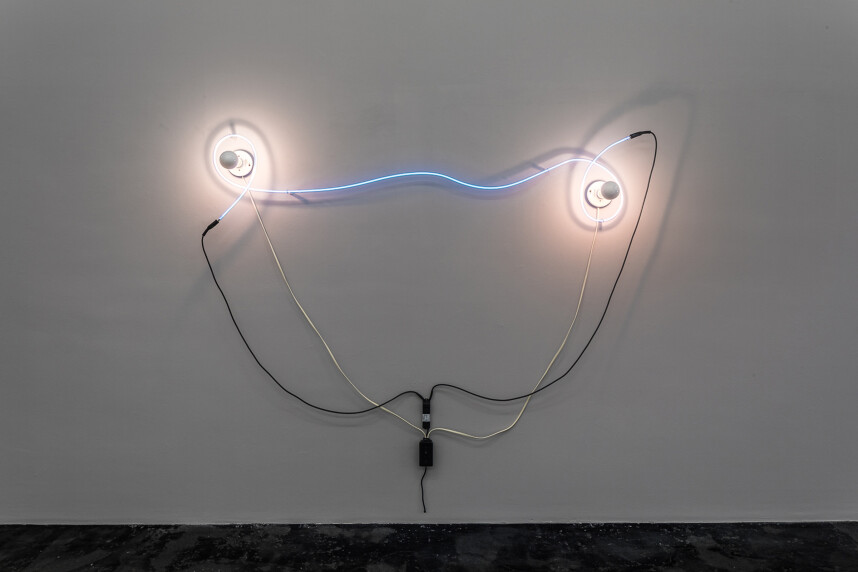 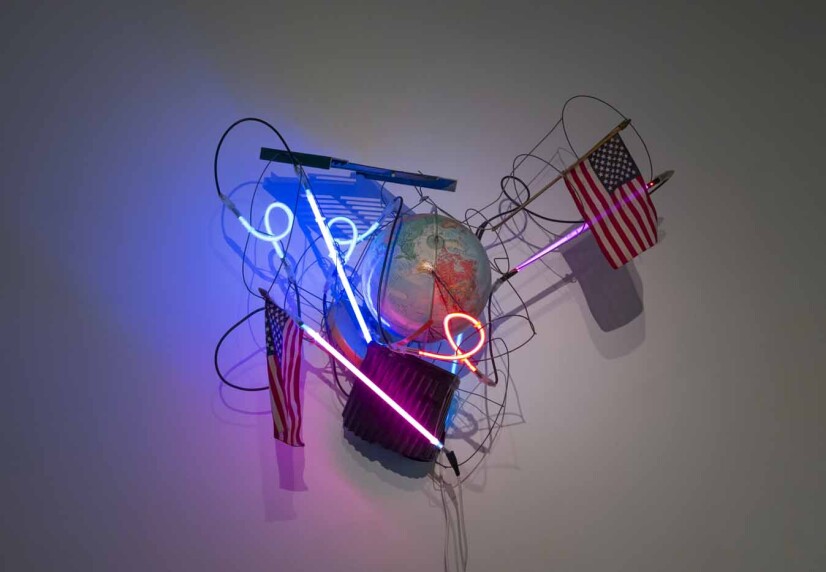 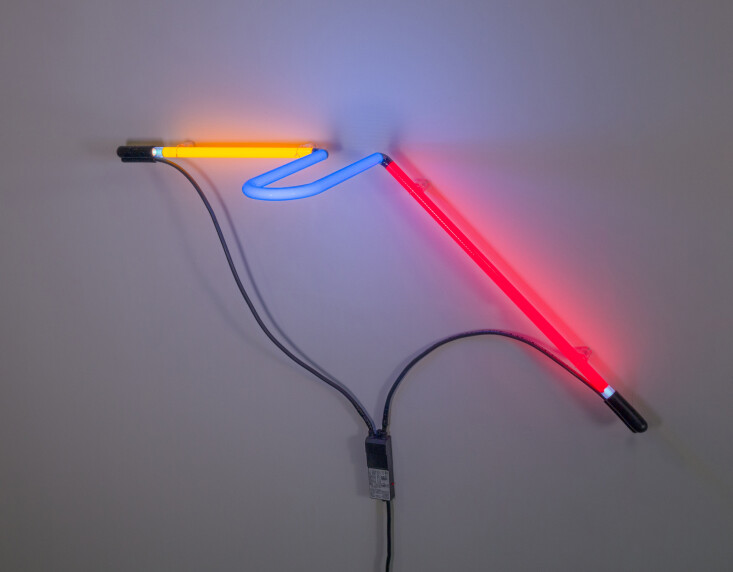 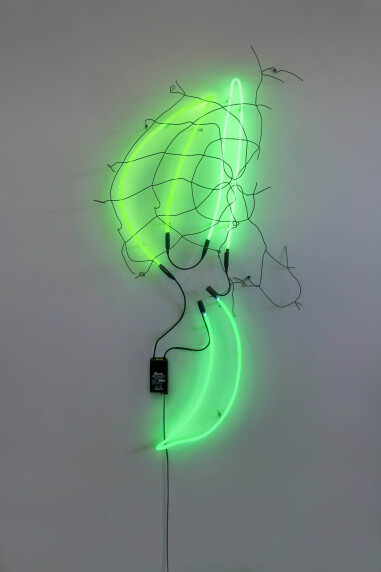 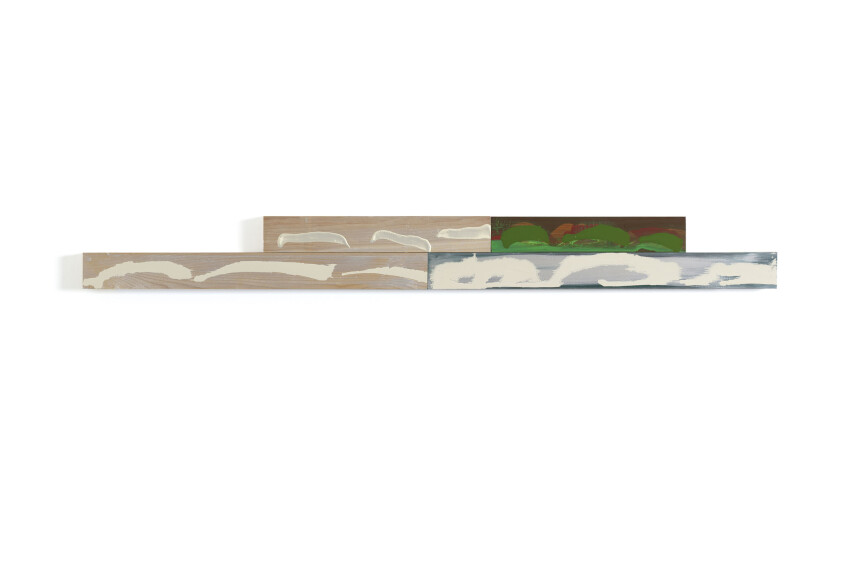 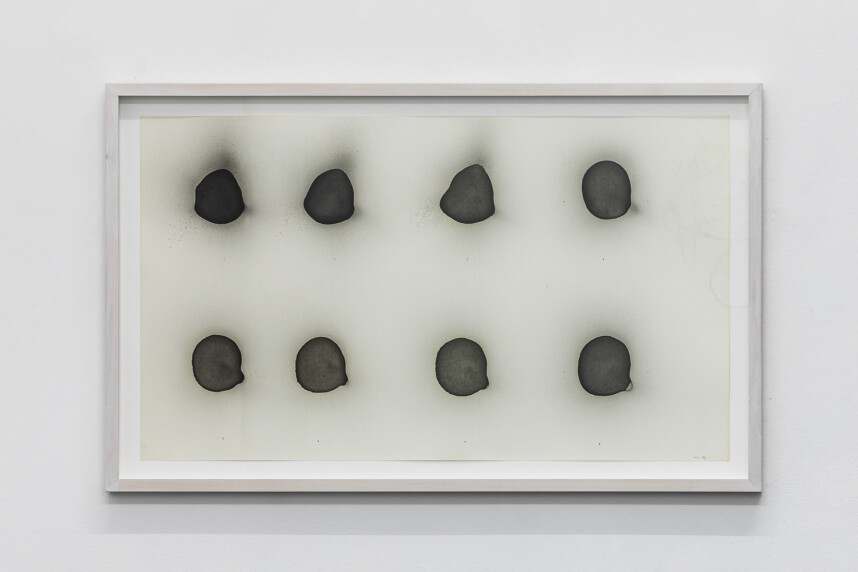 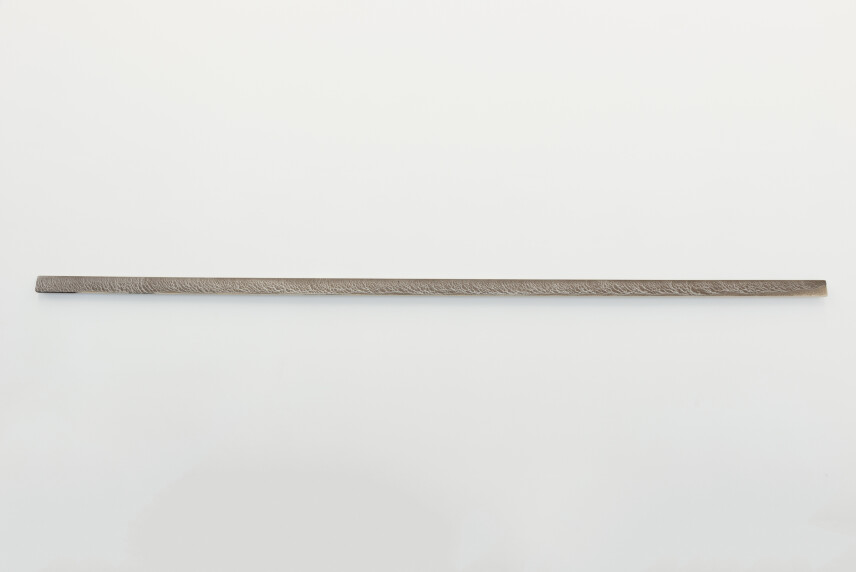 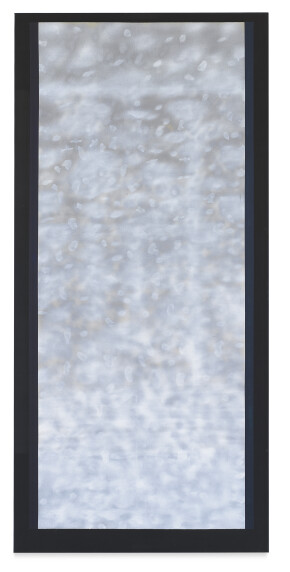 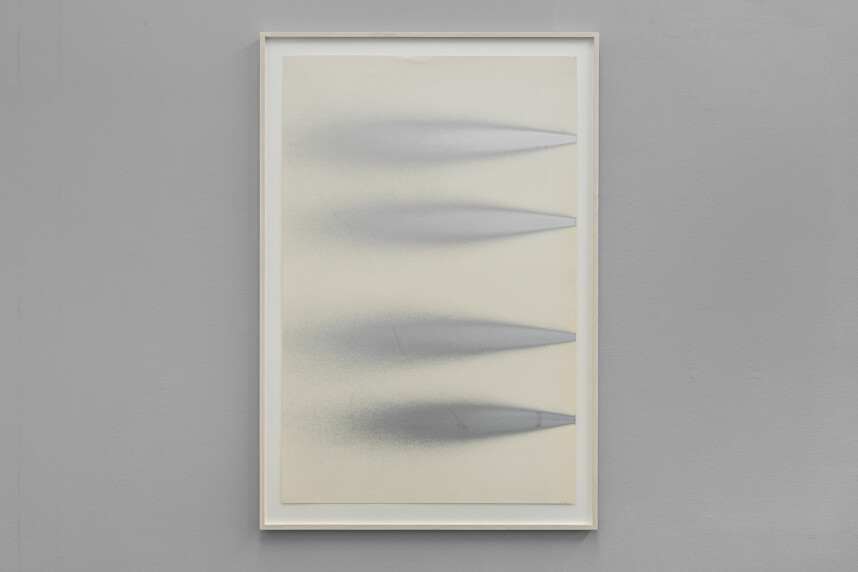 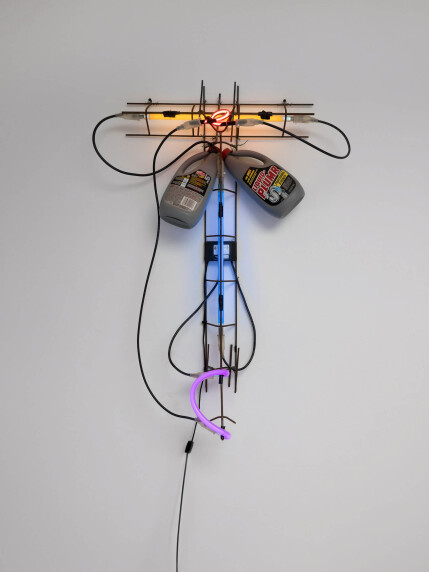 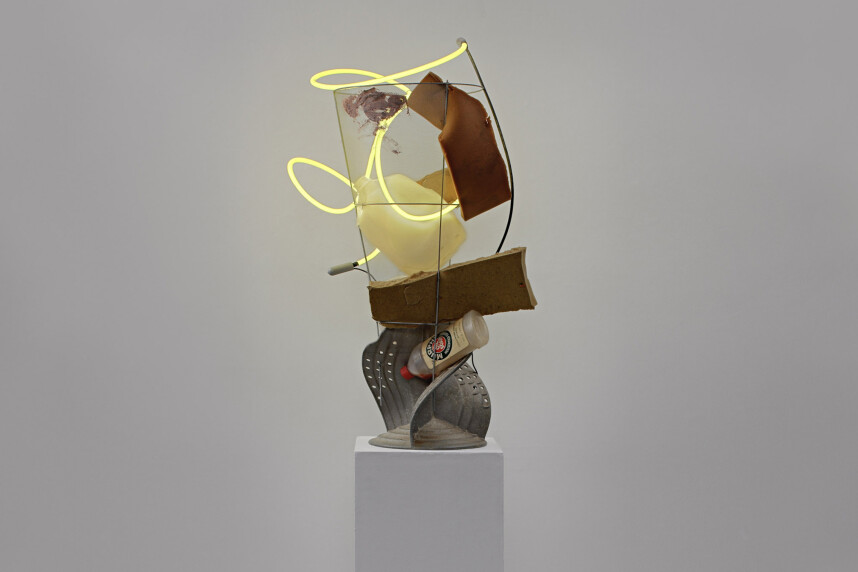 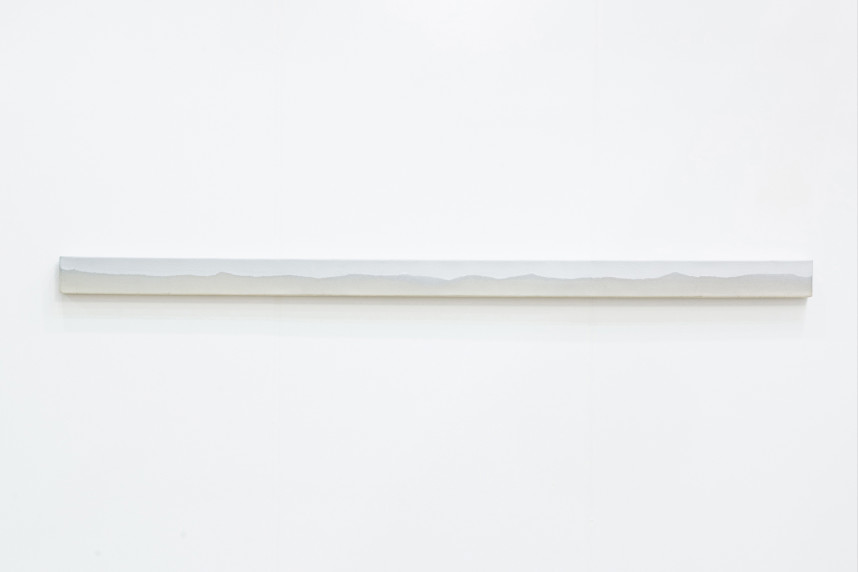 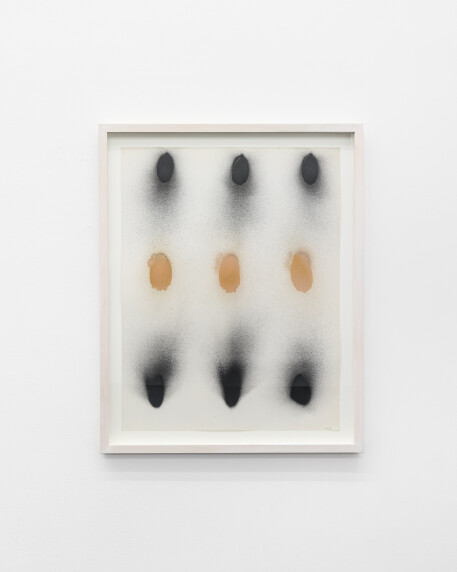 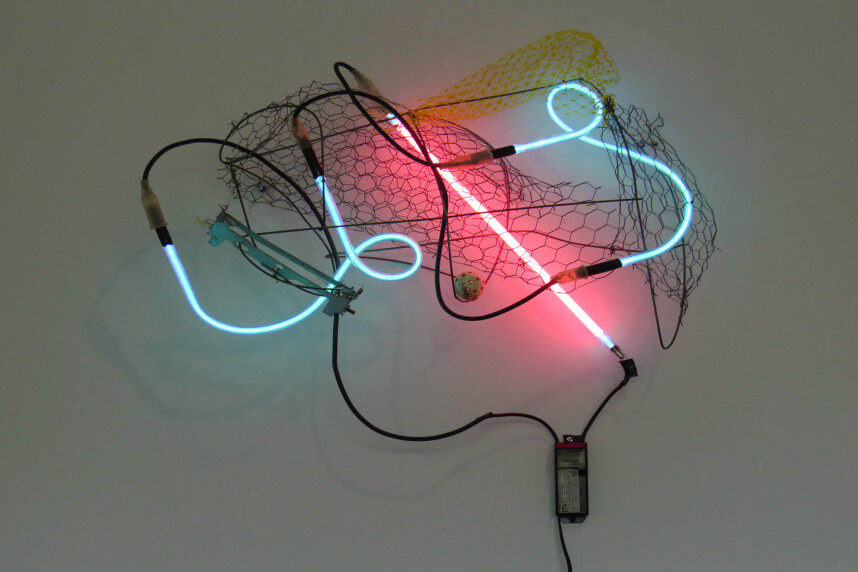 In the exhibition «Dialogue III: Light», Häusler Contemporary presents Keith Sonnier and Michael Venezia, two important representatives of postmodernism. In their works, light shows its qualities as a «graphic» sculptural element just as well as a dynamic «painterly» means.

The third edition of our dialogical exhibition series on the subject of light is dedicated to two artists, both of whom worked in the New York art milieu from the late 1960s and developed approaches with which they made a significant contribution to the renewal of art: Keith Sonnier in the field of sculpture, Michael Venezia in painting. While the latter discovered the paint spray gun in order to leave behind the handwriting of the brush stroke, the former began to integrate neon tubes into his objects, which were previously mainly used in advertising. Both artists appropriated materials from industry and everyday life in a then revolutionary gesture in order to develop a new, artistic aesthetic that coins our understanding of art to this day.

Michael Venezia's works from that pioneering era thrive on the interaction with their ambient light. This becomes clear in view of the rare «bar paintings» and works on paper that we can present. The changing light reflections that appear on the spray markings and make the painting more dynamic are caused by the mixture of metallic pigments and acrylic or oil paint with which Venezia filled his spray paint cans. The artist achieves a similar effect today when he uses pearlescence in the newer «Block Paintings».

Keith Sonnier is represented with works that illustrate his diverse use of the neon tube. Sometimes it appears as a playful line like in the early work «Indian Sunset (blue)», 1968, sometimes rather committed to geometrical perpendicularity, like in «Plunge», 1989, or «Baghdad Relic», 2004. Ever since the beginnings though, the combination of the fluorescent tubes with materials such as cloth, metal, glass or found objects has been characteristic of Sonnier's œuvre. He thus evokes sensual, emotional and also figurative sculptural moments.

The encounter of the two positions in our exhibition accentuates the graphic elements in Sonnier's sculpture and the modeling quality of light in Venezia's painting. But above all, we see the innovative power of two artistic concepts, without which art would be different today.