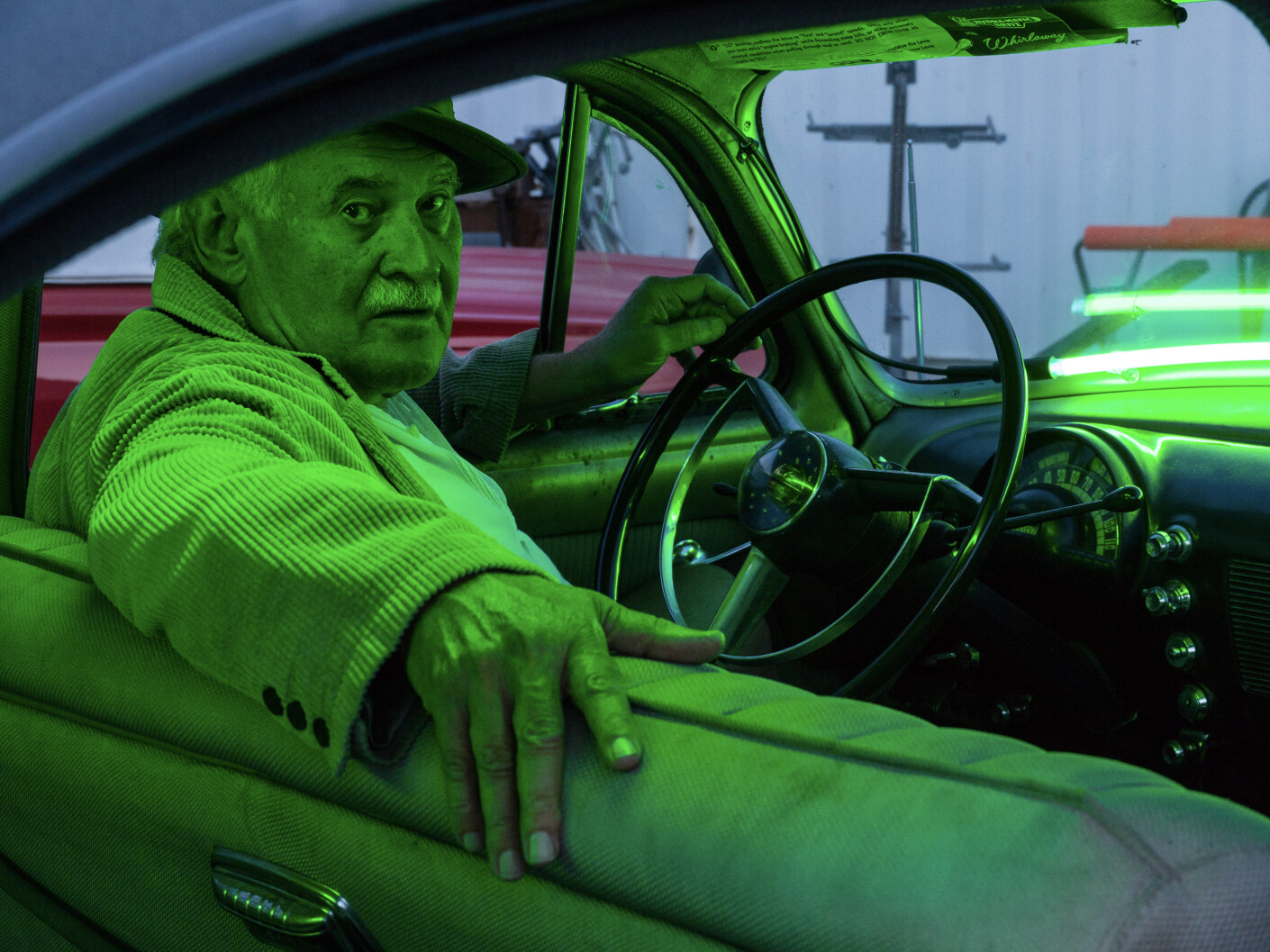 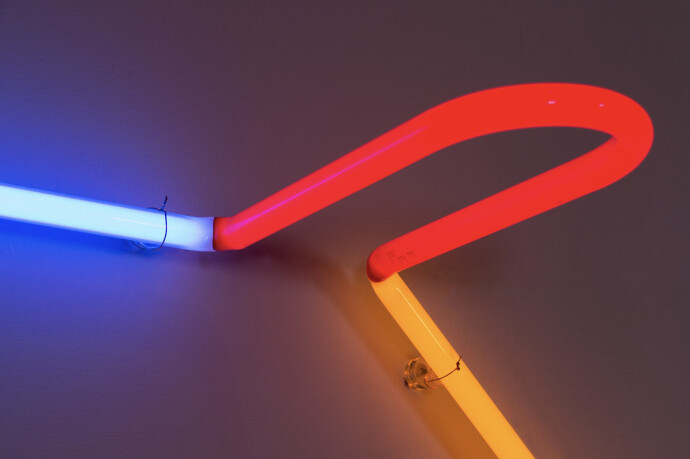 
Häusler Contemporary is pleased to present exclusively a limited edition of the works «Drone A», «Drone B» and «Drone C» in cooperation with the artist.


The «Drone» works are related to the «Portal Series», which was first exhibited at Häusler Contemporary in 2015. They show a formally reduced phase in Sonnier's work and at the same time provide references to earlier series of works.

What is particularly striking about the works from the «Portal Series» is that they all consist of three neon tubes in the pure primary colors red, yellow, and blue, and are characterized by clear horizontals, verticals, and the 45-degree diagonal. They thus suggest a spatial coordinate system and seem to point in certain directions with rounded protrusions. At the same time, these protrusions can also be read as elements that penetrate the space, adding an erotic connotation, as is implicit in many of Sonnier's works.
The term «Drone» is initially associated more with state surveillance and war scenes, although this only reflects one of several meanings. The use of drones has long found its way into private use. The word also refers to the male honeybee and stands for the monotone buzzing or humming. It is precisely this variety in the term, which is so present in the media today, that fascinated Sonnier and inspired him to name these works of the «Portal Series». 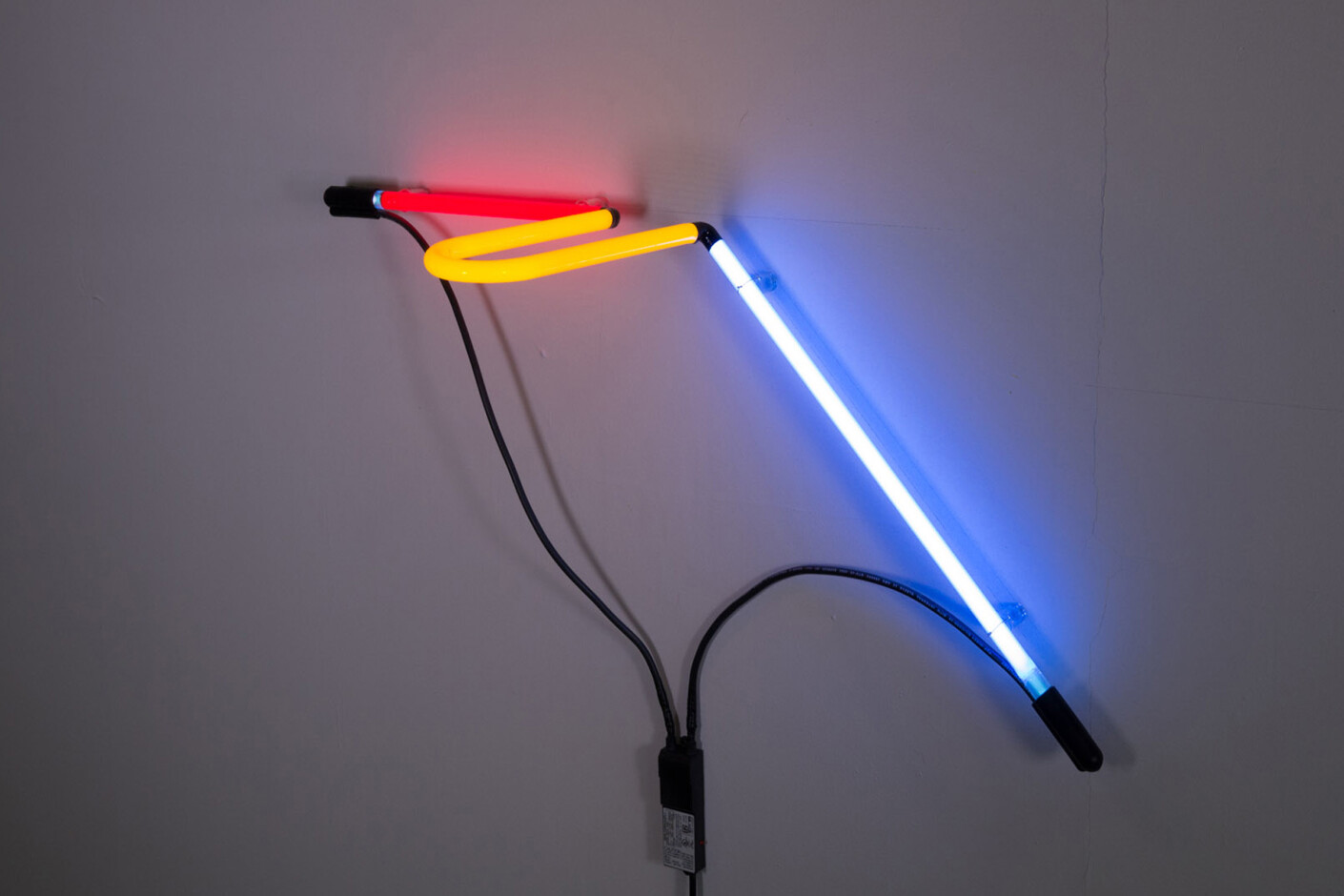 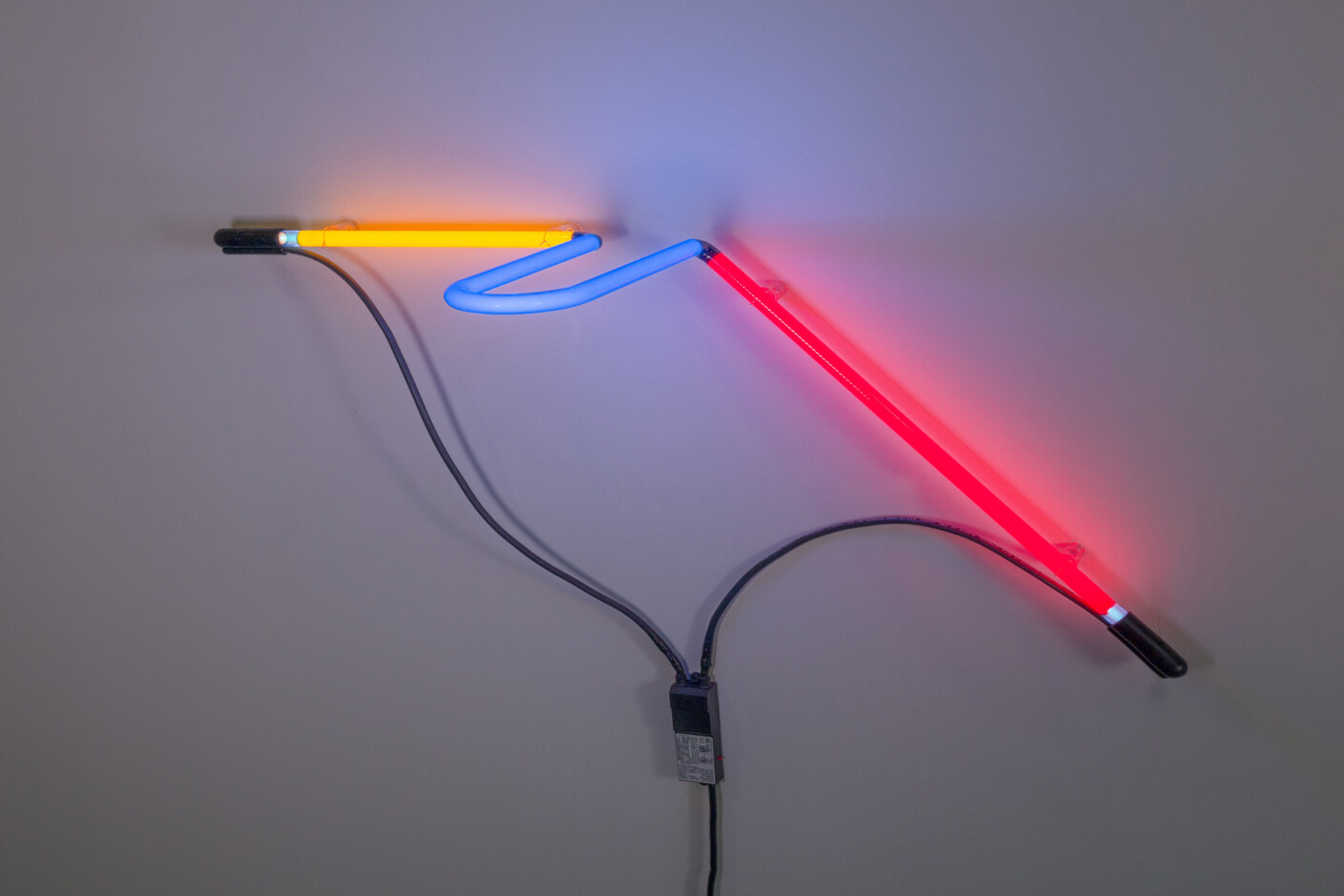 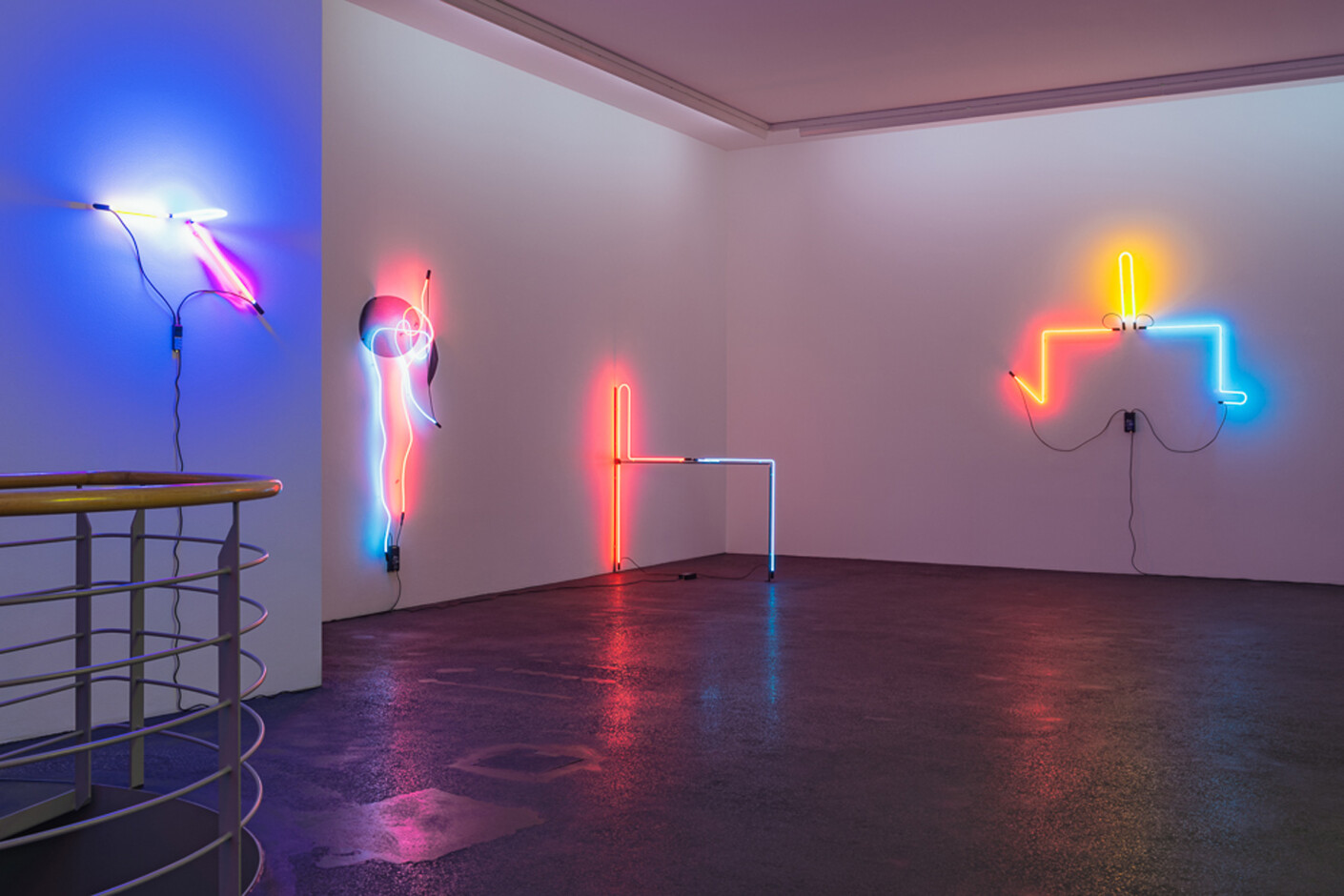